Iron Leadership’s purpose is to biblically equip men to lead in their own personal lives, homes, jobs, churches, and cities for the sake of God’s Glory.

As John Maxwell states: “Everything rises and falls on Leadership!” It is our goal to inspire, develop and encourage men to maximize their leadership potential. We want to build and leave behind an army of strong Christian leaders.

Here is what a typical Iron Leadership meeting looks like: 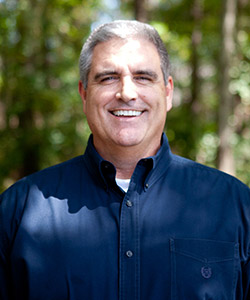 Paul was born in Fort Benning, Georgia.  He was an Army Brat until his family landed in Winston- Salem where he attended High School. He graduated from Furman University, where he meet his wife and earned his BA in Sports Management . Following graduation, Paul spent a season working for the Atlanta Braves Public Relations Department. In 1987, Paul joined Young Life staff and served as the Wilmington area director for 13 years.

Paul completed his MDiv at Southeastern Baptist Theological Seminary in 2001 and became Christ Community Church’s founding pastor in 2002.  He’s married to Nancy and they have two grown children Zachary and Morgan.