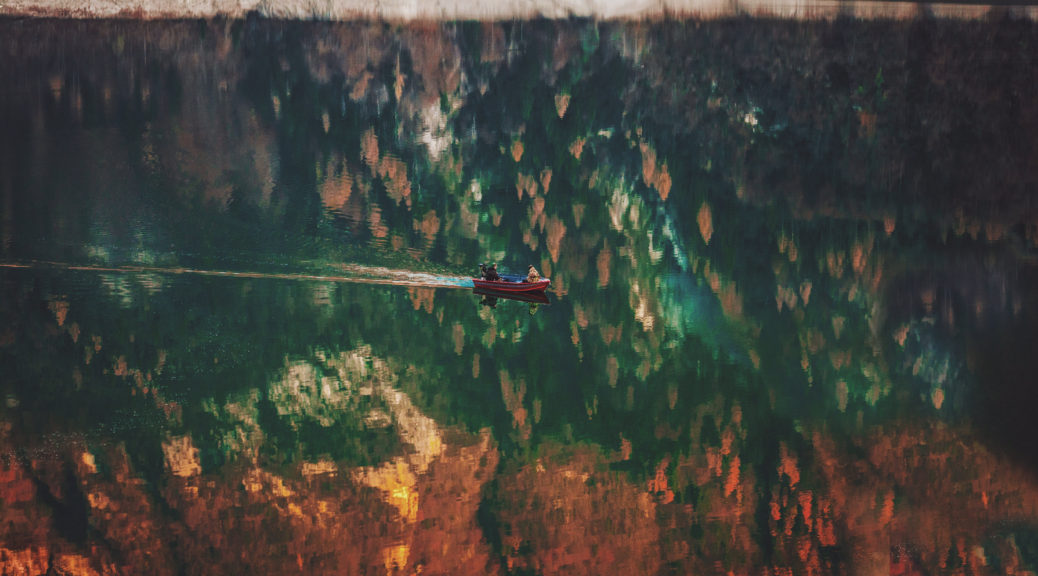 Phil Vischer, the creator of  the most popular children’s video series ever,VeggieTales, was on the way to incredible success. However, the whole thing eventually blew up in his face.

There are so many excellent thoughts in this video. Here are some of my favorite quotes:

These thoughts are often applicable in our own lives. Sometimes doing the will of God is like being a Jellyfish; faithfully staying in the current of life even when it takes you in an unexpected direction. Today’s example of “Jellyfish leadership” will be Joseph. His flow and current of his life was often unpredictable.

Joseph was the great grandson of Abraham. He came from an extremely dysfunctional family: His father, Jacob (Israel), had 4 wives from which he had 12 sons. Joseph is the second youngest. Joseph is the golden child, the obvious favorite of his father. Because of that….he is hated by his brothers. (Read Genesis 37:2-5)

At age 17 Joseph had a two dreams, the second one confirming the first, which he believed were from the Lord (Read Genesis 37:5-11) – It doesn’t seem like Joseph exercised great wisdom in telling his brothers and father about his dreams. Let’s assume 17 year old boys in Genesis aren’t radically different from 17 year old boys today. If you were 17 and given two dreams saying that you (11th out of 12 brothers) would one day be in power over them, wouldn’t it be hard to not tell them about it?

Now if I was given these dreams at 17 years old I would:

Joseph did things differently. Lets look at how his dream unfolded.

Joseph might have been thinking, “In my dream I was the sun, but now in reality I am a slave!” During the 400 mile walk down to Egypt, Joseph may have recalled a story shared by his Grandfather Isaac. Isaac was told in Genesis 26:2-3 – “ And the Lord appeared to him and said, “Do not go down to Egypt; dwell in the land of which I shall tell you.3 Sojourn in this land, and I will be with you and will bless you, for to you and to your offspring I will give all these lands, and I will establish the oath that I swore to Abraham your father.”

Talk about the death of a dream. Apparently God does bless people who go down to Egypt. I’m sure Joseph had to have a similar thought to Phil Vischer: “God will show up and save me, but he didn’t. Instead, God stood back and let it fall apart.”

Joseph must have thought: My whole life if moving in the wrong direction. I’m in the wrong current! Have you ever had these thoughts?

Read Genesis 39:1-4. Joseph didn’t completely tank. Although he is a slave, trustworthiness is seen and rewarded.

Read Genesis 39:6-10. Joseph was obedient. “How then can I do this great wickedness and sin against God?” Joseph believed he was still in God’s current. He didn’t get out of the current when he might have thought he was “off stage” in Egypt. Joseph stayed in the current. What a cost!

Potiphar’s wife lied about being sexually assaulted  and Joseph was sent to prison. Once again, Joseph could have thought: “My life is moving in the wrong direction”

Genesis 40 – Joseph encounters two men also in prison who have dreams. One man had been Cupbearer to Pharaoh. Joseph interprets his dream and informs the cupbearer he would be restored to his place next to Pharaoh.

“In three days Pharaoh will lift up your head and restore you to your office, and you shall place Pharaoh’s cup in his hand as formerly, when you were his cupbearer. Only remember me, when it is well with you, and please do me the kindness to mention me to Pharaoh, and so get me out of this house. For I was indeed stolen out of the land of the Hebrews, and here also I have done nothing that they should put me into the pit.” (Genesis 40:13-15)

The chapter concludes with verse 23: “Yet the chief cupbearer did not remember Joseph, but forgot him.” (Genesis 40:23)

Genesis 41  – 13 years after being sold into slavery by his brothers, there is a significant shift in the current. Pharaoh has a dream and no one can interpret it. The cupbearer remembers Joseph and Joseph is brought before Pharaoh.

THIS IS KEY: You have been in a pit for almost half your life, and now the most powerful person on the planet says to you, “Apparently you have some special skill in dream interpretation…”

What would you be tempted to say? What an opportunity for self promotion, an opportunity to get out of the current and grab for power, the power you think you should have, to tell Pharaoh about the dreams you had at 17.

Here’s Joseph’s answer, “It’s not in me, its in God!” Joseph has spent his life in God’s current. He does not need to be in control or consumed with self promoting.

Joseph tells Pharaoh there will be 7 years of harvest followed by a 7 year famine. He also says there will need to be a leader who can stock pile food for the next 7 years. Read Joseph’s advice in Genesis 41:33-36.

Pharaoh’s responds by promoting in to 2nd in command in Genesis 41:37-40. Here is what we can learn from Joseph. The most effective position for you to be in as a leader is in a position before God, not a powerful position before man. If you stay in the current, God will take you where you need to be.

Genesis 42 – 7 years of harvest goes by and then Famine strikes Egypt. Guess who gets hungry and comes looking for food? 20 years later, yep, Joseph’s brothers.

Genesis 50: Listen to how Joseph responds to his brothers. This is one of the most important verses in the Bible. “Joseph wept when his brothers came to him. They came and fell down before him and said, “Behold, we are your servants.” This was the completion of the dream from when Joseph was 17 years old.

But Joseph said to them, “Do not fear, for am I in the place of God? As for you, you meant evil against me, but God meant it for good, to bring it about that many people should be kept alive, as they are today. (Genesis 50:19-20 ESV)

In a way Joseph could have never self directed, yet he rises to the second most powerful position on the planet! You might say for Joseph, “Life became about loving others, not accomplishing objectives – that’s where he found joy.”