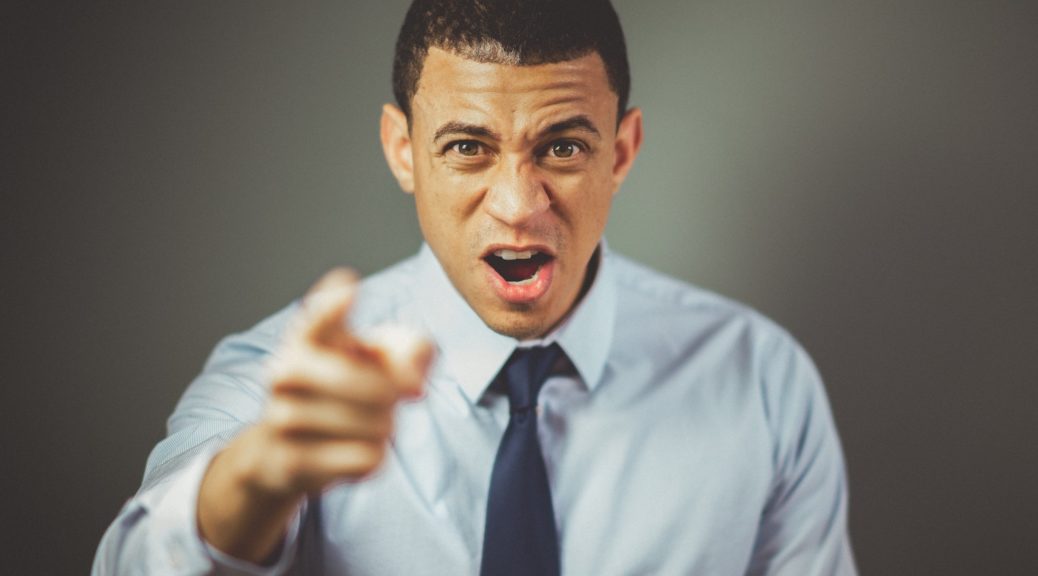 My main question to you as a leader is: how do you respond to an emotionally charged moment?

Take this classic scene from Secondhand Lions as an example:

We will mainly be looking at this idea of Restraint from 1 Samuel 25. First, we meed to get a flow of the story so far. Chapter 19-26 is a series of pressurized leadership challenges for David. You get to see how David, as the leader, responds under pressure. We all know pressure doesn’t form character as much as displays character.

“This is our chance, we know God is going to make you King but let’s take matters into our own hands, let’s not wait on God, let’s accelerate God’s judgment on Saul and put him to death ourselves.” This is a very tempting, pressure-filled moment.

Listen to David’s response in 24:6, “Lord forbid that I should do such a thing to my master, for he is the anointed of the Lord.” With these words, David rebuked his men and did not allow them to attack Saul.”

As you read through these chapters, the writer intends that you clearly see the contrast in leadership between Saul and David. Saul is a fool, driven by his erratic emotions. On the other hand, David displays great emotional restraint and patience. David trusts in the Lord rather than himself.

Then in Chapter 25, the writer inserts this very unusual story. Perhaps this is to show that David isn’t perfect. Under pressure, David can also crack.

Now Samuel died. And all Israel assembled and mourned for him, and they buried him in his house at Ramah. Then David rose and went down to the wilderness of Paran. 2 And there was a man in Maon whose business was in Carmel. The man was very rich; he had three thousand sheep and a thousand goats. He was shearing his sheep in Carmel. 3 Now the name of the man was Nabal, and the name of his wife Abigail. The woman was discerning and beautiful, but the man was harsh and badly behaved; he was a Calebite.

Nabal is a wealthy, well known businessman and  a self-centered fool. (Nabal in Hebrew means: “Fool”). Nabal is married to a very discerning and beautiful woman, Abigail

4 David heard in the wilderness that Nabal was shearing his sheep. 5 So David sent ten young men. And David said to the young men, “Go up to Carmel, and go to Nabal and greet him in my name. 6 And thus you shall greet him: ‘Peace be to you, and peace be to your house, and peace be to all that you have. 7 I hear that you have shearers. Now your shepherds have been with us, and we did them no harm, and they missed nothing all the time they were in Carmel. 8 Ask your young men, and they will tell you. Therefore let my young men find favor in your eyes, for we come on a feast day. Please give whatever you have at hand to your servants and to your son David.’ ” 9 When David’s young men came, they said all this to Nabal in the name of David, and then they waited.

David and his men had previously helped and protected Nabal’s men and livestock. Now that David and his men are hungry and in need of food, David asks Nabal for help. This is a reasonable request. Read Nabal’s response:

10 And Nabal answered David’s servants, “Who is David? Who is the son of Jesse? There are many servants these days who are breaking away from their masters. 11 Shall I take my bread and my water and my meat that I have killed for my shearers and give it to men who come from I do not know where?”

How should you respond to a fool?

21 Now David had said, “Surely in vain have I guarded all that this fellow has in the wilderness, so that nothing was missed of all that belonged to him, and he has returned me evil for good. 22 God do so to the enemies of David and more also, if by morning I leave so much as one male of all who belong to him.”

David is under pressure. He’s tired of being on the run, tired of living in caves, and is frustrated by Saul. So, David grossly overreacts. Who is David acting like here? Saul!

Now we have 2 problems:

The lesson is, as a leader, don’t compound the problem by your reaction.

Inserted into this boiling cauldron of male ego, pride, over- reaction, exaggerated speech, and foolishness, steps in one brave, savvy woman, Abigail. She delivers a PhD in leadership!

Abigail finds out about Nabal’s foolishness and David’s anger & decides to insert herself. Examine her savvy tactics. This is how to lead when you are not technically in charge.

18 Then Abigail made haste and took two hundred loaves and two skins of wine and five sheep already prepared and five seahs of parched grain and a hundred clusters of raisins and two hundred cakes of figs, and laid them on donkeys.

She sends food to David and his men. Satisfying hunger is a great start, because hunger drives foolishness.

23 When Abigail saw David, she hurried and got down from the donkey and fell before David on her face and bowed to the ground.

Although she is the only one not acting like a fool, she humbly appears to David.

25 Let not my lord regard this worthless fellow, Nabal, for as his name is, so is he. Nabal is his name, and folly is with him. But I your servant did not see the young men of my lord, whom you sent.

She finds a place of agreement: “My husband has lived up to his name – Nabal is a fool.”

28 Please forgive the trespass of your servant. For the Lord will certainly make my lord a sure house, because my lord is fighting the battles of the Lord, and evil shall not be found in you so long as you live. 29 If men rise up to pursue you and to seek your life, the life of my lord shall be bound in the bundle of the living in the care of the Lord your God. And the lives of your enemies he shall sling out as from the hollow of a sling.

She reminds David of the Lord’s promises. They will certainly happen.

31 my lord shall have no cause of grief or pangs of conscience for having shed blood without cause or for my lord working salvation himself. And when the Lord has dealt well with my lord, then remember your servant.”

This is important: The advice David was dishing in Chapter 24 ( advice to his own men who wanted to kill Saul), this same advice is being dished out to David by Abigail. Abigail looked at David and in the nicest but firmest way and said: David, you are going the wrong way. One day you will regret doing this. Please reconsider.

Here is my question: How do you respond to taking advice? Consider the difficulty for David: He is white hot, tired, hungry, and frustrated. He has inflamed the passions of 400 men who stand there looking at him being given advice by a woman. This is a tough situation. Now read David’s incredible turning point and response.

32 And David said to Abigail, “Blessed be the Lord, the God of Israel, who sent you this day to meet me! 33 Blessed be your discretion, and blessed be you, who have kept me this day from bloodguilt and from working salvation with my own hand! 34 For as surely as the Lord, the God of Israel, lives, who has restrained me from hurting you, unless you had hurried and come to meet me, truly by morning there had not been left to Nabal so much as one male.” 35 Then David received from her hand what she had brought him. And he said to her, “Go up in peace to your house. See, I have obeyed your voice, and I have granted your petition.”

Notice his humility in verses 33 and 35: “Your discretion/judgment is better than mine; I have obeyed your voice.”

Wisdom prevails over passion, “Abigail, you have saved me using my own advice!” He then successfully displays restraint, “I grant your petition.”

Wow, what a turning point! What great leadership to be able to listen and take advice.

There is also a fitting epilogue to this story: “10 days later the Lord struck Nabal and he died” (38).