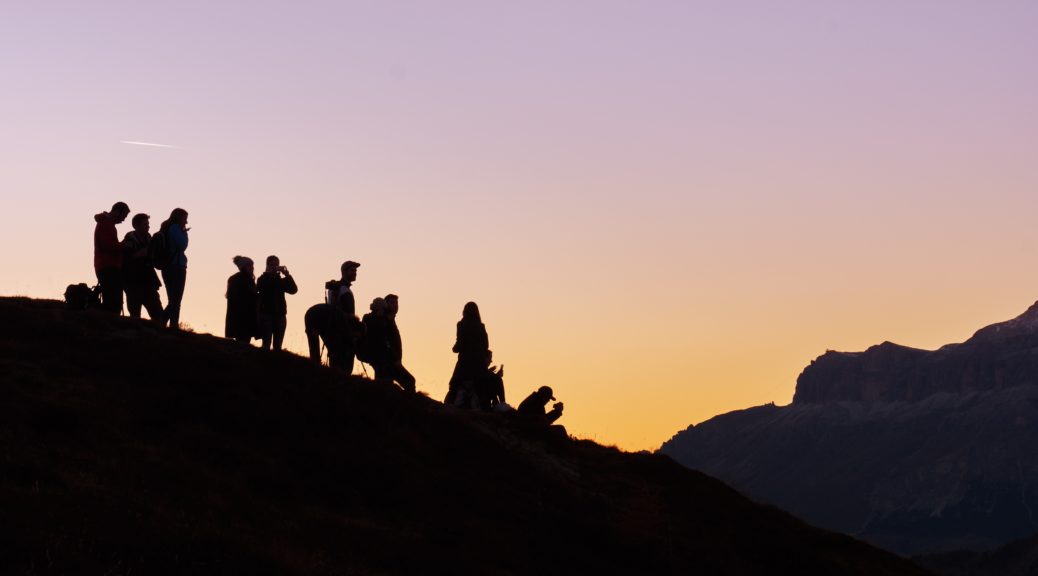 *Due to technical difficulties, we do not have audio for this lesson. Still, we hope that these notes in the blog to follow are a source of growth and encouragement to you!*

The Sons of Zebedee are James & John. Three years ago Jesus had called these two fishermen to “Come Follow Me” – and they did. After three years of ministry together they could sense Jesus was going to make a very important trip to the Capital, Jerusalem. Perhaps it would be the trip where he would be installed as the True King of Israel. So just before the trip they use their mother to make a play for Power & Position.

“Jesus – we can see you are setting yourself up to be King, so we have one small request before that happens.
Can we sit on your right and left side? Can we have the next most powerful positions in your Kingdom?”

Jesus says You have absolutely ZERO idea about what you are asking. Then He drops this BOMB, which they still don’t get. Jesus asks “Are you able to drink the cup that I am to drink?”

Foolishly and Ignorantly James and John are all to eager to respond “Yes, we are able.” Have you ever said something out of ignorance, that when you look back you are ashamed to admit just how foolish you must have sounded? That’s this moment for James and John.

Jesus responds “Well, you don’t know what you are talking about but you will drink from the same cup, it’s just not the cup of power and royalty you are thinking about” James was the first disciple to be killed, Beheaded. John was dipped in boiling oil and exiled to a small rock island called Patmos. Plus, those positions are not mine to hand out they are my Father’s.

Just when you think it can’t get worse, the other 10 disciples get wind of the Power Play James & John are making and they become indignant. Hey, why do they get the power positions, why not me!?! It’s like all the disciples turn into 9th grade boys calling shotgun! “I called It!” How painful.

So Jesus calls all his 9th grade disciples together and gives them a picture of Great Leadership. “Guys, you know how the rulers of the Gentiles rule over people. The Great ones exercise authority over everyone. You know that system?” Their answer is a resounding YES! We love that Picture of Authority and we are ready to get some of it ourselves!

Jesus turns out to be a skunk at their Power Party when he says “Not so with you!”

Then Jesus leans in, looks at each one eye to eye and says “Whoever wants to be truly great among you,(they are all ears) must be your servant, must be your slave. This is the one key leadership characteristic. Talk about a Leadership stink bomb. Jesus completely shuts down the discussion. Notice there are no follow up questions, no one is elbowing their way into this leadership position.

Jesus is going to give them a new picture of Great Leadership.  “Even the Son of Man (This is a powerful picture of Jesus from Daniel 7) came not to be served but to serve and to give his life as a ransom for many.”

Unfortunately, the disciples were slow learners. Old pictures of leadership, power and position are actually very hard to replace. Probably only a few months later Jesus is once again gathered together with his disciples. This time Jesus is in the Upper Room, sharing his last supper with them. While Jesus is telling them some very critical last pieces of information. He is going to be killed, He is going to be betrayed, and he reveals to them the true meaning of the Passover lamb. Then an argument breaks out

“A dispute arose among the disciples as to which one was to be regarded as the greatest” Luke 22:24

Again, it’s hard to imagine what Jesus might be thinking at this point. He realizes they still don’t have the right picture in their mind about truly great leadership so He does something, He demonstrates it in such a way they could never forget.

End of discussion about who will be regarded as great, only the silence broken by drops of water in a bowl.

This is one practical application of Great Leadership, especially in Marriage

“Husbands, love your wives as Christ loved the church and gave himself up for her.”

What? Here is the place for most men that True greatness can be on display. On display to your wife, children, community. You do “get” things when you get married; intimacy, companionship, etc. But, your primary role is to “give up” not to “get”. That’s the opposite of the worlds view.

Max Kolbe was a Catholic priest when Germany invaded Poland in 1939. Kolbe helped organize a shelter for refugees who had been displaced from their homes, many of the refugees were Jewish. Inevitably Kolbe fell under the suspicion of the Nazi regime and eventually was sent to Auschwitz. In order to discourage people trying to escape, Auschwitz had a rule that if one man escaped, 10 would be killed in retaliation. In late July a man from Kolbe’s unit escaped. When he wasn’t found the prisoners in that unit were lined up and 10 of them were sentence to be locked up in the starvation bunker where they would sit without food or water until they died. One of the 10 men selected to die was Frank Gajowniczek. Frank was in his early 40’s and had a wife and children and began to sob openly: “My poor wife and two children what will they do?”

As Frank cried out Father Kolbe stepped forward to face the brutal Nazi commander and said “I am a Catholic Priest, I would like to take his place. EVERYONE FELL SILENT. The commander agreed to the exchange. Frank Gajowniczek later recalled – and I quote “I was put back into my place without having time to say anything to Max Kolbe. I could only thank him with my eyes. I was stunned by the immensity of it.”

Two weeks passed in the starvation bunker until Father Kolbe was the only one left alive. Because the cell was needed for other victims, on August 14th Father Kolbe was executed. Frank Gajowniczek went on to survive Auschwitz and every year for the next 53 years he returned to honor the man who died on his behalf.

Here is the picture of True Greatness. The picture matters because the picture in your mind is what you pursue.

1. How is greatness defined or pictured in your career field? How would you implement or exercise Jesus’ picture of great leadership in your job?

2. Where or when is it tempting for you to act like the disciples and elbow people out/push people down in order for you to have power or position?

3. Married: How do you view your leadership in your marriage? What’s the most challenging part about the statement in Ephesians 5: “gave himself up for her”?